Ryan O’Neal is one of Hollywood's favorite actors. 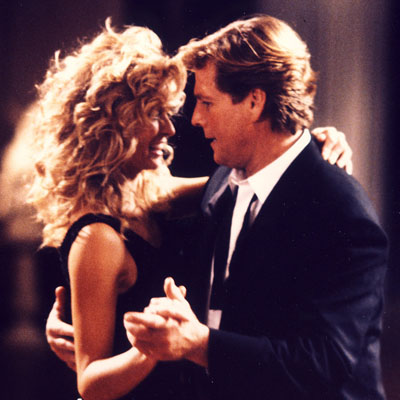 Born Patrick Ryan O’Neal on April 20, 1941 in Los Angeles, California, Ryan O’Neal was born into show business as the son of writer Charles “Blackie” O’Neal and actress Patricia O'Callaghan. Determined to make his own way, O’Neal trained to become a professional boxer, competing in two Golden Gloves championships in Los Angeles in 1956 and 1957. He had an impressive amateur fighting record – 18 wins to 4 losses, with 13 knockouts.

In the late 1950s, O'Neal and his family moved to Germany for his father's job writing broadcasts for Radio Free Europe. O'Neal continued his schooling at the Munich American High School until he landed his first job in the entertainment industry as a stuntman on the American television series Tales of the Vikings.

In the early 1960s, O’Neal married actress Joanna Moore and the couple had two children: Tatum and Griffin. The two split a few years later and O’Neal later married actress Leigh Taylor-Young, whom he met on the set of Peyton Place, his first major television role. They had one child, Patrick.

O’Neal made his feature film debut in Elmore Leonard's The Big Bounce (1969). O'Neal went on to make Twentieth Century Fox's The Games (1970), where he first met writer/marathon runner, Erich Segal. His big break soon followed when he was chosen from more than 300 hopefuls for the role of Oliver Barrett opposite Ali MacGraw in Arthur Hiller’s adaptation of Erich Segal’s best-seller Love Story in 1970. The film was a huge success and landed O’Neal both Oscar and Golden Globe nominations for Best Actor.

After Love Story, O’Neal turned to comedy and starred opposite Barbara Streisand in smash hit What’s Up Doc (1971). He then starred with Warren Oates and Jacqueline Bisset in The Thief Who Came To Dinner (1973). O'Neal next played a drifter working con games with his daughter (played by real life daughter, Tatum) in the critically acclaimed hit Paper Moon (1973) for which he was nominated for a Golden Globe as Best Actor. Tatum won an Academy Award for Best Supporting Actress for her role.

O’Neal then went on to star in Stanley Kubrick’s 1975 historical drama Barry Lyndon; Oliver Story, a sequel to Love Story in 1978; and the noir hit The Driver, also in 1978. In 1979, O’Neal scored another box office win with The Main Event, starring again with Barbara Streisand. Then, in 1984, O’Neal co-starred with Drew Barrymore, Shelley Long and Sharon Stone in Irreconcilable Differences.

In 1979, O’Neal met and fell in love with actress Farrah Fawcett. Together they had one child, a son Redmond. O’Neal and Fawcett co-starred in the made-for-TV miniseries Small Sacrifices (1989), based on the true story of Diane Downs. O'Neal returned to episodic television, again co-starring with real-life love, Farrah Fawcett in 1991 with the sitcom Good Sports.

O’Neal’s other roles included starring alongside Robert Downey in Chances Are (1989), Faithful co-starring Cher (1996), and the comedic Malibu’s Most Wanted (2003). O’Neal has continued working in television with a recurring role on hit crime drama Bones and recently did a reality show with daughter Tatum on OWN.